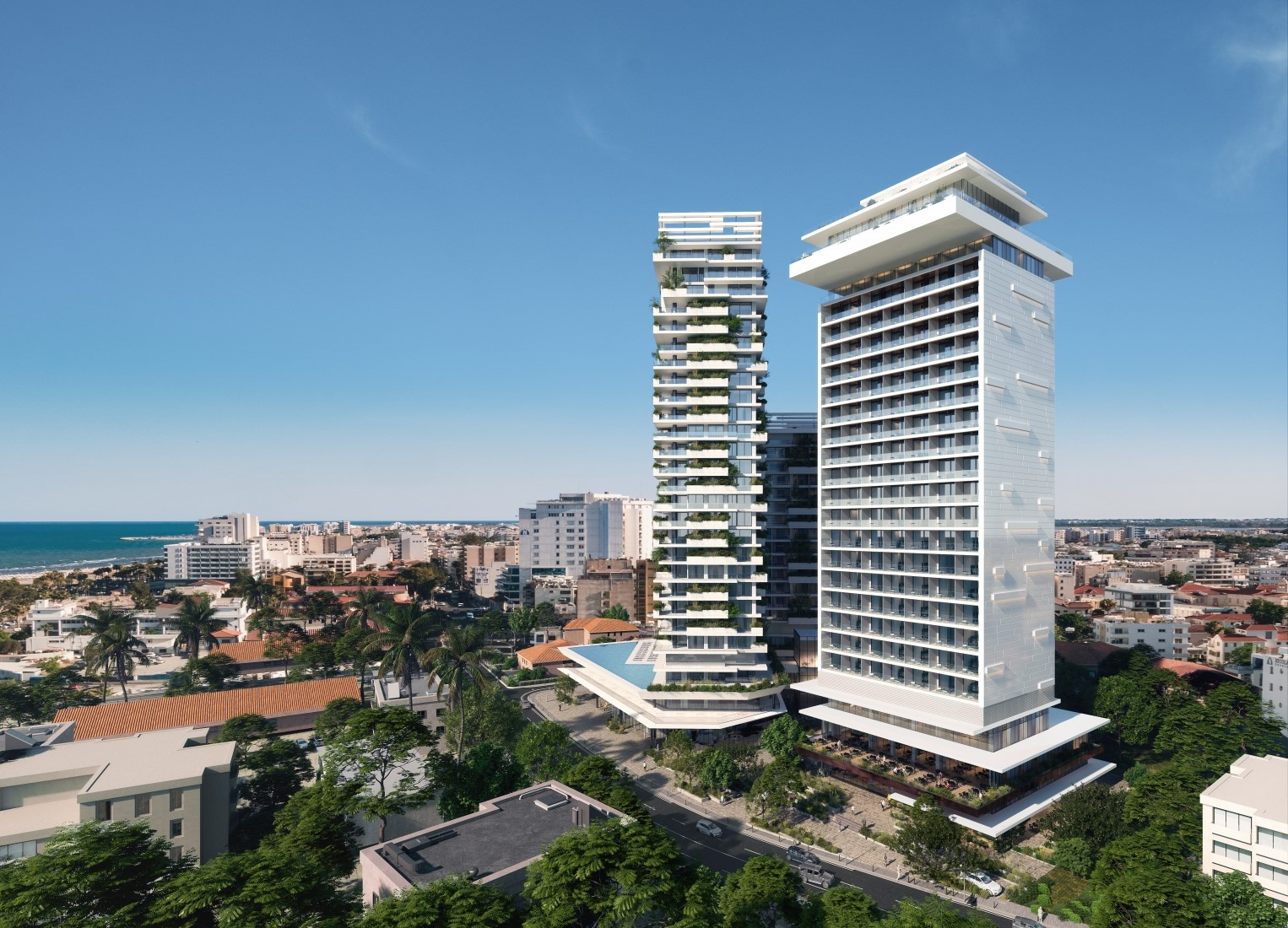 Larnaca’s makeover is not limited to the €1.2 bln redevelopment of its marina and port already taking shape, as two residential towers and a hotel called the Staston Project has been given the green light from environmental authorities.

The project is located on Makarios Avenue in the Chrysopolitissa area, halfway between the Larnaca central police station and the port roundabout. The site was historically owned by the Demetriou family as the Cyprus Umber Industrial Co. from the 1920s and used to process the ‘terra umbra’ red soil for export to dye companies.

It was later bought by the Orphanides family intending to develop Larnaca’s first commercial mall. The Orphanides supermarket chain eventually went bankrupt in 2013 and the plot is being developed by its current owners, Omikro Ktimatiki Ltd.

The two towers provide 97 apartments, and host cafes, restaurants, shops, a gym, and a spa, with 218 parking spaces.

The five-star hotel will have 168 rooms and host hospitality venues while providing 133 parking spaces.

According to the project’s environmental impact study, the owners aim to meet part of the housing and tourism needs of the greater Larnaca area.

For the proposed hotel unit, an application has been submitted for a derogation from the Larnaca Local Plan, as in this area, the development of a hotel is restricted to 80 rooms.

The proposed project is located about 500 meters north of the centre of the municipality of Larnaca and southwest of the port of Larnaca.

The town has been attracting new investments with upscale tourist projects destined on the Dhekelia coastal front, once occupied by fuel and gas storage tanks.

Among the projects nearing completion is the Radisson Beach Resort – a world first – on the Dhekelia Road, where the Princess used to be.

The Radisson Hotel Group has signed a deal with Larnaca’s Quality Group and SunnySeeker Hotels to have six branded hotels in Cyprus after the Radisson Blu opened near Larnaca port.